How is a kanji dictionary used?

A kanji dictionary is used to look up a word for which one only knows the kanji, not the pronunciation. There are three main ways to search for a word in a kanji dictionary.

The third way of searching is via the total stroke count of the kanji. This involves counting the number of strokes in the kanji in the kaisho form (see Handwritten styles). All kanji dictionaries have an index by total stroke count. However, this may be tedious. The number of strokes of kanji varies between one and about thirty, and most kanji dictionaries have at least four thousand entries, so it involves looking at around one hundred or more kanji to find the right item. 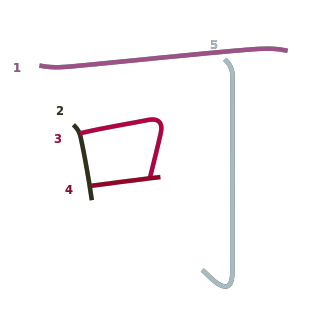 Since none of these systems is perfect, many people have invented different methods of looking up kanji. For example, the Four-Corner Method was invented in China in the 1920s and it is based on looking at the corners of the kanji. See the FAQ's four-corner method lookup for links containing more information, as well as an online lookup.

Many authors of kanji to English dictionaries have come up with their own methods of looking up kanji. Alternatives to the traditional radical/stroke count methods include:

In addition to these methods, computer technology has also allowed new methods of lookup via handwritten kanji, such as the FAQ's handwritten input, or via multiple radicals, such as the FAQ's multiradical lookup. These are often useful to fill in gaps where it is difficult to find characters via the traditional radical/stroke count system.